In the past few months, the final batch of books I selected for publication at Deadite Press have been starting to come out. Right now you can read: 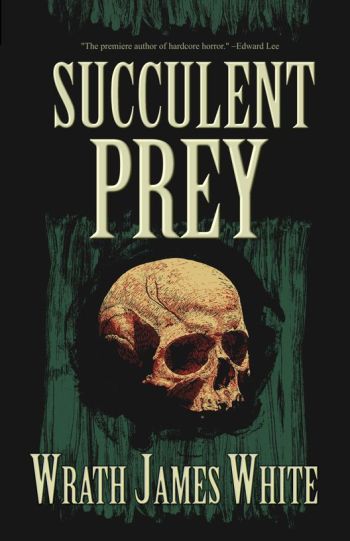 “This is a serial cannibalistic killer’s wet dream come true. The author Wrath James White had written something beyond dark, beyond morbid.”
– John Rizo, HorrorNews.Net

“The Resurrectionist by Wrath James White the kind of novel that can unsettle even the most hardened gore fanatic. White writes the kind of horror that gets under your skin, and reading his brand of hardcore fiction may have the unintended side effect of making you feel…wrong. Seriously wrong.”
– I.E. Lester, Dark Scribe Magazine

Fifteen years ago Joseph Miles was abducted, tortured and almost killed by a serial killer with the taste for blood, but Joseph got away. He is the only survivor. Now Joseph has a problem – he is convinced that his torturer passed a virus on to him. A sickness that will turn him into a serial killer. Joseph must find a cure before the woman he loves – the woman who is currently chained to his bed – becomes his next victim. 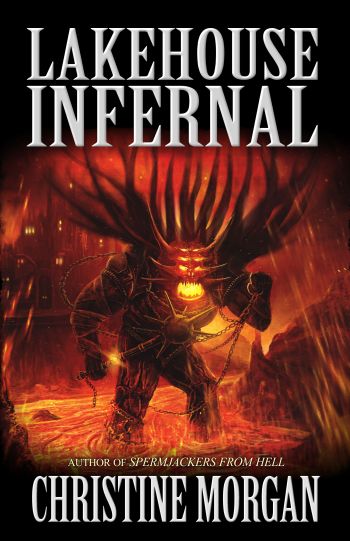 “Lakehouse Infernal is the coolest, ball-bustingest, most outrageous, and most ENTERTAINING horror novel you’re likely to find in a long time.”
– Edward Lee author of CITY INFERNAL

Lake Misquamicus was an unremarkable lake in Florida, unremarkable that is until suddenly it was filled with six billion gallons of blood, bile, pus, piss, shit and …things… directly from the pits of Hell. First, the public was in shock, then the government built a wall, and as time passed it became another urban legend. But for some, it has become a travel destination. Spring-breakers, drug-runners, and religious nuts. But a weekend getaway on the shores of Hell, may not be the safest idea…

With an introduction by an officially endorsed by splatterpunk legend Edward Lee, LAKEHOUSE INFERNAL is an official entree in Lee’s infamous INFERNAL series. Christine Morgan (SPERMJACKERS FROM HELL) expands on this universe with her own twist of hardcore horror tourism.

“Think Spring Break, only instead of a beach house, it’s a lakehouse, but the lakehouse IS IN FUCKIN’ HELL, that’s right, a chunk of Hell that’s been upheaved and pushed up into our pretty little world–sunny Florida, no less!”
– Edward Lee

You can see the rest of the releases to come here.

And stay tuned very soon for some announcements about my new project, Section 31 Productions.

This entry was posted on Friday, May 24th, 2019 at 5:11 am and is filed under Uncategorized. You can follow any responses to this entry through the RSS 2.0 feed. You can leave a response, or trackback from your own site.